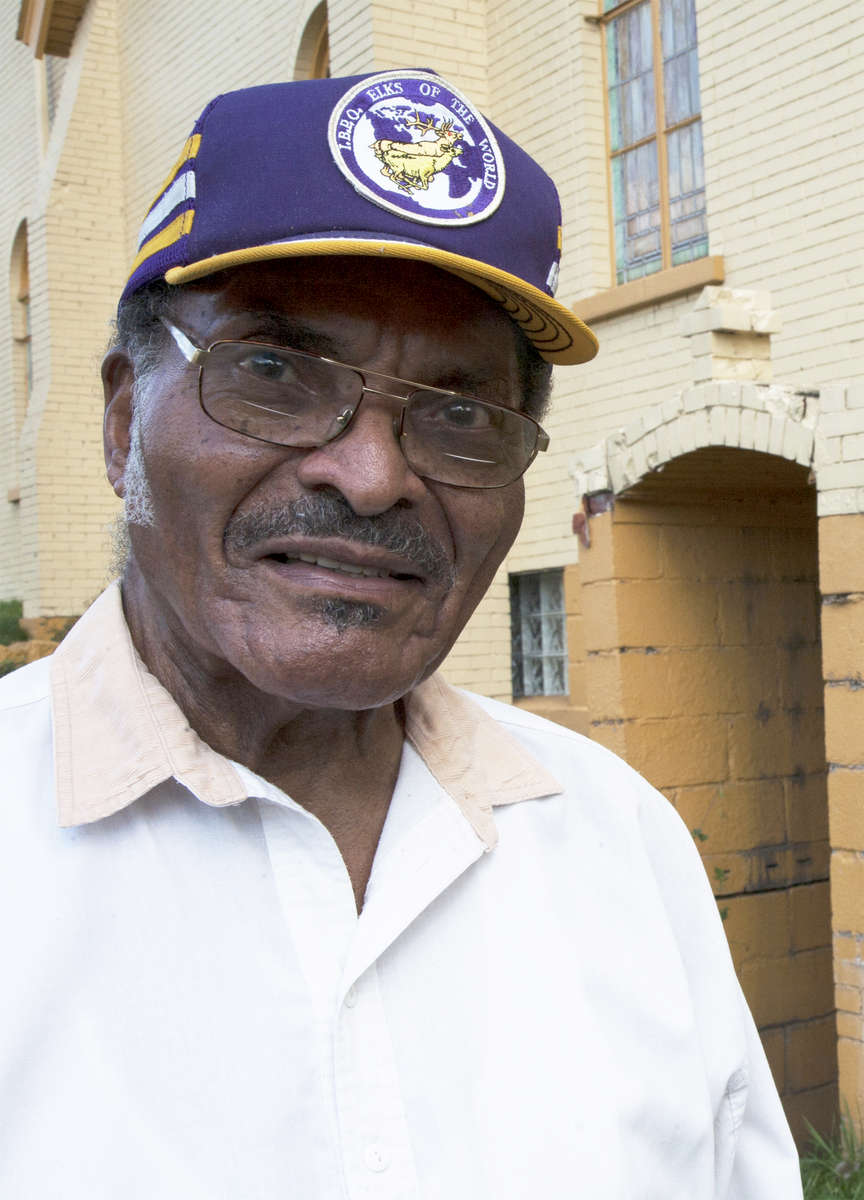 
I had been driving around in circles looking for addresses that weren't there. Then I saw an interesting church with cars parked in the lot on a Friday afternoon. I felt a little hopeful, I went over and began to make photos, I saw a tall distinguished man come out of the church carrying a plate, which I learned later was fish. I asked if he would share, he would not. He did however stop and share his stories. He had come to Youngstown, Ohio as a 4 month old baby from Alabama. He went off and served in WW ll and worked in steel. He was 94 years old, the oldest member in his church, he had been married for 74 years and the fish was going home to his wife. I asked about the Green Book sites, "You should have seen it back in the day." "It's all gone now."

So many stories and sites now dust and blown away. History buried and all to often bulldozed over so we may never know the riches that were there. On this day, I did not find an old building with a past. I found a hero.

I have been to over two dozen cities so far, this is not the easiest of projects. I have found way too many empty lots, entire neighborhoods gone in the name of “urban renewal” when I believe the term is more in the lines of redlining.

How far have we truly come, and what remains of the past we tell ourselves as a nation that we have left behind?